Morality
The issue of morality is prominent in this movie considering the distinction of what is good and bad is subjective to the view point. Each of the characters are given the choice on whether to be good or let their selfish intentions get the best of them. For instance, the lure of the gold and spending it was what got Captain Barbossa and his crewmen to be punished by the gods by being turned into zombies at night. Jack Sparrow must balance between helping Will Turner and helping himself, often times his own selfish needs seem to take over, for instance when he traded the life of Will for The Black Pearl, but he always manages to reconcile these impulsive measures in the end. He recovered for selling out Will Turner by turning around and helping Elizabeth and Norrington save Will. This battle of the soul on whether to let the good or bad control one's actions is told through an analogy of a horse by Plato in the book Phaedrus. Plato describes the soul as being two horse, black and white, being led by a charioteer. In this sense, the white horse represents the logical, rational, good side to mankind's soul while the black represents all impulsive, and unjust behavior. The battle between keeping the black horse in line is a life long task. In the movie, Jack Sparrow is seen as being either completely selfish, pulled by the black horse, or trying to be of help to Will and Elizabeth's needs, the white horse, because deep down he really does care about them. Jack Sparrow along with many other characters are faced with the opportunities to act through either horse at any given moment but it shows true moral strength when you see the white horse prevailing like in Will Turner's character who despite all this pirate interactions tries to stay the noble man that he is. 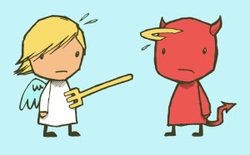 Good Vs. Evil
This movie also focuses on the battle between good and evil. It even goes deeper as to make Norrington question what is really good and evil. In this movie the lines between good and evil are very blurry. It is seen by the British that Pirates are soulless creatures that deserve to be punished by dying for their unlawful acts. However when Norrington is faced with the reality of the intent behind Jack and Will's decisions in attempt to save Elizabeth Swann's life it makes him reconsider what he truly believes is evil. In fact, in this movie, Norrington can often be seen as the antagonist due to his actions which seem to go against our "heros" of Will Turner and Jack Sparrow. "But even though Norrington is set up in opposition to Captain Jack, Will, and Elizabeth, we can tell he’s not truly a “bad” person—he doesn’t have malevolent intentions toward them " (Kaye Dacus). The most obvious battle between good and evil is the forces of Norrington, Will, and Jack combined against the purely evil and selfish motives of Captain Barbossa. Throughout the movie Captain Barbossa is shown as a heartless individual and the key character for evil in the movie. It is in his defeat, that the world seems to be set right again. 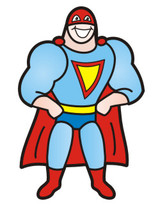 Tragic Hero
The role of the tragic hero is best played by Commodore Norrington. In his attempt to do what he has been taught as right he is constantly thwarted by the power of the pirates. Being a tragic hero means that one must possess admirable qualities that make him seem "morally good" but despite moral goodness he is flawed which brings him to his downfall. In this case his ignorance and distain of alternative life styles that do not follow Britain's rule book are his downfall because he becomes so caught up in doing what he thinks is right that he is blinded to the different perspectives and reasons behind piracy. In order to make him a tragic hero according to Charles H. Reeves in his Journel The Aristotelian Concept of the Tragic Hero he must invoke both pity and fear in the audience. He invokes fear by constantly wielding power that could kill off the two main hero's Jack and Will whom the audience has grown an attachment to and are key to saving Elizabeth and taking down the true evil, Captain Barbossa. However, he also generated a feeling of pity from the audience because he is trying to do what is best for his country even if that mean that he must go against what seems right in the moment. There is also a sense of pity drawn to him about his proposal to Elizabeth and how in the end despite letting all of the pirates go he still cannot win the woman of his choice. Norrington is a good example of what a tragic hero should encompass because he neither wins or loses only stays the same, if not worse, despite his good intentions.

Ideology
Whether someone's actions are good or bad it is all dependent upon the ideologies of the character and how they choose to display them. For instance Norrington shows a strong ideological view of the fact that justice should be served to those partaking in piracy. He shows this through his continuous action to diminish and suppress any pirate activity by sailing the seas in hopes to not only stop pirates but also bring them to their demise as they are hung. As Louis Althusser would say "Ideology has a material existence"(2) in the action that Norrington partakes in in order to act and show his ideologies. These ideologies greatly contrast from the rest of the character who are less focused on what the royal navy sees as okay, but more on what is good for them in order to survive and live a happy life. The basis of all action is formed from ideologies that predict that "the individual in question behaves in such and such a way that adopts such and such practical attitude, and what is more participates in certain regular practices" (Althusser 2) All of Norrington's and other characters actions are directly based off their ideologies and how they see fit to act on their beliefs in the way that best suits them. 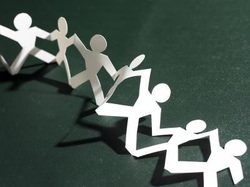 Social Instituions
There is a strong sense of opposing social institutions present in the Pirates of the Caribbean: Curse of the Black Pearl movie. There is the law of the land which is under the control of Britain's royal navy and then there is the informal, barbaric law of the pirates known as "the pirates code." These two social institutions clash as they are two completely different worlds. Because of their mutual hate and disgreement for one another there is a constant battle between them. On one side, the British royal navy has strict policies against piracy and believes that they are the right way to live, they form a version of Panopticism which causes the people under the domion to also believe in what the british navy is preaching about the evil of pirates. Panopticism works on the common civilian because they feel as though they are always watched and the majority of people believe in them. The power the the royal navy possess over Port Royal comes from the British reputation and "the power can be assured only if, on the one hand, it can be exercised continuously in the very foundations of society" (Foucault 68). The British continue their jurisdiction over Port Royal through constant appearance and an overwhelming amount of British soldiers constantly keeping people in check and assuring that the believe in the same principles the Britain's do. On the other hand the world of piracy is a much more barbaric, every-man-for himself institution that isn't always fair or just but continues to run because they all understand each other's problem of greed and wanting to spend a lifetime on the water chasing after treasures and going against all moral conduct laid out by the kings and rulers of the world. There is no ruler in the world of pirates only the belief in the pirates code  which stresses that pirates should stay out of each others way and do no wrong to one another. These two contrasting social institution differ vastly on their outlook of moral right and wrong and the intensity of regulating these rules.
Powered by