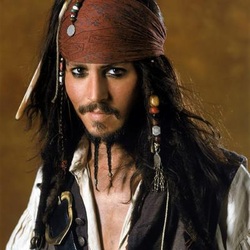 Jack Sparrow
Jack Sparrow is a cocky, witty, and savvy pirate that has acquired quite the reputation over the years for being selfish, greedy, sly, but good with women due to his "bad boy" appeal. He has a certain air about him that makes him likeable and yet still a dishonorable man.His motives for helping Will Turner retrieve Elizabeth Swann are not all nobel. He wants to take revenge on Captain Barbossa for stealing his boat, The Black Pearl, and marooning him on a island several years before. In his plans to take revenge he wants to take back his boat and kill Captain Barbossa. 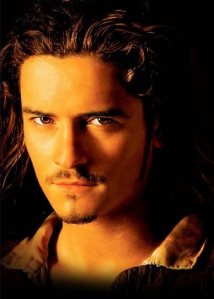 Will Turner
Will turner is the main hero in the story. He is about a young adult, who is humble, kind, and good-hearted. He is in pursuit to save Elizabeth Swann with clearly noble and selfless intentions. He is a common blacksmith that has fallen in love with Elizabeth Swann and will stop at no cost to save her. Addtionally, Will Turner is the son of boot-stap bill. Which until recently, he had no idea of his fathers scandelous past as a pirate. it turns out that he is the one that Captain Barbossa truely needs to life the curse but neither him or Captain Barbossa know it yet due to the aztec medallion being possessed by Elizabeth Swann. When he finally realizes his father's dark past, he begins to accept his own fate and begins to make his trasformation into a pirate unconsciously but willingly as it seems to run in his blood. 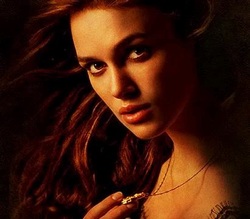 Elizabeth Swann
Elizabeth Swann is the daughter of Governor Wetherby Swann. She is a boistrous, confident woman who knows what she wants but is contrained by her duties to her father and fulfilling her social role. She met Will Turner when he was a young boy when her father and her came across a ship wreck and saved him. From this day she took the Aztec medallion that he was wearing because she did not want the British soldiers to kill him for being a pirate. After being captured by Captain Barbossa for possession of the golden medallion she lies about her surname, not knowing the consequences of calling herself a Turner. While captured she shows a sardonic attitude and head-strong mindset about how she should be treated. 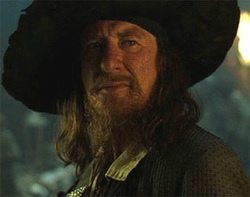 Captain Barbossa
Captain Barbossa is a rugged unkempt pirate in pursuit of lifiting the curse of the Aztec gold medallions which has turned him and his crew into zombies of moonlight. Essentially they have become immortal through their selfish deeds of stealing treasure and now must pay the price. In order to lift the curse they must return all pieces of the treasure and shed the blood of the child of Boot-Stap Bill Turner in order to complete the transformation back to mortals. Captain Barbossa is a careless soul who's only concern is himself. 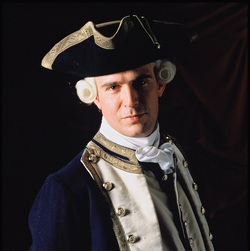 Norrington
Norrington is the epitimy of how a British soldier should act and think. He is a strong advocator for the arrest and execution of pirates in order to restore peace and justice to the world. After recieving a promotion to the position as Commodore in the royal navy he decides to propose to Elizabeth Swann, who he is in love with.  Throughout the rest of the movie he is caught between his love for her and his love for his country. This is what causes a moral conflict in the movie for Norrington between doing the "right" thing and doing what is best for everyone when it comes to dealing with pirates. Overall he is a noble and kind hearted man who puts the needs of others above his by letting Elizabeth withdraw on her promise to marry him because he sees it is not what she truly wants.
Powered by